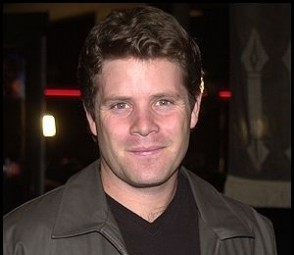 The second season of Netflix’s “Stranger Things”
introduced viewers to Bob Newby (played by Sean Astin) a naive, tech
geek and love interest of Joyce Byers. There’s one scene that likely
took viewers by surprise. We spoke wth Sean at the launch of the Sharper Image pop-up shop in Times Square to ask about the moment and how much he is like the character in the show. WARNING: SPOILERS AHEAD. Following is a transcript of the video.


Sean Astin: Demodogs in “Stranger Things” are not
well-trained. And they don’t feed them. So that when it’s time for them
to eat an actor, there like genuinely hungry.

I didn’t know what the exact fate of my character was. I knew that it
wasn’t going to be good. But I don’t think they knew when I signed on
how old Bob Newby was going to meet his fate. Meet his end.

You know, you can’t see it when you’re watching it, but they put kind
of a baste on the costume. That really attracts them. They have
incredible sense of smell.

So to be compared with Barb is a good thing, because it means that
you’re … people have affection for you. You instantly liked her. She
was the moral center with her relationship. And then you don’t know what
happens to her.

I was a card-carrying #JusticeforBarb foot soldier. Bob, on the other
hand, gets to, he has a full range of experience, and it’s it’s no
surprise what’s happened to him. It’s sad, so I don’t think Bob Needs
justice. It’s nice to be remembered. I’m more of a Bob Newby superhero
hashtag guy, personally, but it’s not really up to me.

Am I good at brainteasers in real life?

My dad used to have “Eyeball Benders.” And other kinds of magazines
that would test you and stuff. And when you finally get good at
something, there’s nothing more satisfying in the world. But unlike Bob
Newby, I do not have the instant acuity to excel in that way.

I used to dream about the idea of something that could fly that would
take pictures. When I was a little boy, 7 years old, I dreamed about
that. And now you can come to Sharper Image, and there’s like little
ones, and big ones and ones that hold digital cameras.

Chris Snyder: Have you flown a drone before?

I’ve raced drones with my kids in my house till they cry, because I will win.

Will we ever see Bob again? I don’t know. He’s pretty good and dead.
But anything’s possible in a series. So you never … uh …

I’ve heard some interesting theories. About how he’s not really dead.
About how he’s actually a Demogorgon himself. But I think that maybe a
little … It’s very nice that people are trying to keep me around.

I told my daughter, who is a huge fan of the show, my 12-year-old
daughter, Bella, I said, “What are you looking for in season 3?”

I said, “Well Bob will just be watching from heaven.”

Business Strategy: Dropping out of college is a terrible idea if you want to be a millionaire

Ike Ani is a Freelance writer whose quest constantly is to relate happenings around the world to human daily living. He's also a song writer and singer, Acoustic Guitarist, and Teacher.

L. A Prisoners Infect Themselves With Coronavirus To Get Early Release (VIDEO)

A group of silly L.A area prison inmates were very eager to contract the dreaded coronavirus .

They attempted this because they believed that would trigger their ticket out of prison.

According to the L.A. County Sheriff Alex Villanueva who made the startling revelation Monday, said about twenty-four (24) inmates at the Pitchess Detention Center in Castaic attempted (and somewhat succeeded, apparently) to infect themselves way back in mid-April 2020.

The Sheriff revealed that their department saw an increase in spike in confirmed cases out of nowhere.

He said that when they investigated, they found a high number of inmates living in one block of the prison appeared to be deliberately trying to infect each other with COVID-19 any way they could from behind bars.

When Alex Villanueva played the surveillance footages he and his team combed through carefully , and it showed several inmates hanging out in a common area and passing around what Alex described as a hot cup of water, as well as one face mask they’d each put on all in hopes of getting sympathy from a judge to spring them from the facility and let them go home.

But it turns out, their little ploy worked but, only halfway.

Villanueva reported that 21 of the inmates (out of 50 in the block) caught the ‘Coronavirus.

“What they won’t catch is a break” said the Sheriff.

The Facebook post stated that the little girl was asked to hawk the veggies by her aunt whom she lives with.

This sad news has sparked an outrage by well meaning individuals who spoke against such cruelty and insensitivity of the said girl’s aunt.

what do you think of this? Drop your comments below.

The Buhari administration has been known for enforcing the Nigerian people to patronize Nigerian made goods though without much strategy to make life easier while this transition to economic growth is enforced.

The Buhari administration has been known for enforcing the Nigerian people to patronize Nigerian made goods though without much strategy to make life easier while this transition to economic growth is enforced. Many Nigerians have tagged it a harsh move that is insensitive and inhumane but moreso, Reno Omokri has singled out signals of hypocrisy in the President of Nigeria by outlining certain traits of family moves of the President that shows that he(Buhari) as the No.1 citizen has no regards for anything made in Nigeria but yet wants other Nigerians to embrace Nigerian made goods.

His kids schooled in England. His wife just returned from a 3 month UK stay. His daughter gave birth to his grandchild in Spain (made in Spain), yet
@MBuhari
, who is London, wants us to patronise made in Nigeria!

Get A Job At Jooble Today

GOTEL: The Dangers Of A Single Story

Illinois’ financial crisis could bring the state to a halt